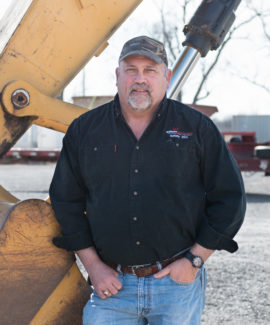 After graduating from OU with his Bachelor of Construction Science, Brent worked a short time for FlintCo and then found himself going back to his roots at Williams Construction. He started as a Field Engineer performing project layouts and surveying. Brent now works as our Senior Superintendent on some of our most critical projects.

Brent started at OU with the intentions of becoming an architect, but quickly realized after growing up around construction, that Construction Science was a better fit. Brent says that the challenge of construction, especially industrial construction, keeps him interested in what he does. Brent mentioned that one of the best parts about working in construction is that every day is different and every day you bite off a new set of challenges to conquer.

One of Brent’s most memorable and challenging projects is what we all know as the BOK Center. The BOK Center was not only a complex project but a long project of 18 months and often 15 to 18-hour days. Brent often describes working in construction a lot like being part of a football team. One player can’t show up and expect to win the game for the team. Everyone must show up and play equally hard in order to win. The BOK Center is a prime example of that.

VP of Operations Mark Little says we are fortunate to have someone with Brent’s unique skillsets on our team. His ability to picture things 3-dimensionally, along with his education in construction science and his many years of experience on a multitude of critical projects, he continues to contribute to the success of Williams. A little-known fact about Brent is that he can finish the crossword puzzle in the Tulsa World newspaper in 7 minutes! Yes, I have timed him.

Brent says that the key to being successful with the types of complex projects Williams takes on is communication. He has learned from experience that clear communication must be present 99% of the time to be successful in this industry. For 33 years and many more to come, amongst his many qualities as a leader for Williams, Brent’s communication with the Williams team and our partners on some of our most challenging projects has contributed immensely to the success of those projects and to Williams Construction Co.